Manisha Pokharel is a renowned and versatile Nepali Playback Singer-Songwriter considered to be one of the best selling artists of all time. This biography of Manisha provides detailed information about her childhood, life, achievements, works & timeline.

A very successful artist still in the prime of her youth, she has already sold over many albums and 900 songs in different languages worldwide, becoming one of the best selling artists of all time. Born in Biratnagar, Nepal, she grew up listening to classical music and began singing when she was quite young.

Her childhood was a difficult one, as she comes from a middle class family. She couldn’t buy any musical instruments due to low income. She received her education from Adarsha Balika School and Mahendra Morang College. She loved music from a young age and began singing when she was 13, and went on to form a musical trio with her classmates as a high school student.

Manisha decided to grow her Musical Career and migrated to Kathmandu, Nepal. Then she met the very finest lyricist Shri. Neer Bhim Bista who was senior student of her music class. He introduced her with a very Popular Music Director, Shri. Rajan Raj Siwakoti and Mr. Siwakoti was impressed by Manisha’s talent and he introduced her with Shri. Gagan Lal Pradhan who is the Director of Rebel Creation [Music company]. Then she got her first break for her first album called ‘SHAYAD’.

Manisha is so grateful to Shri. Bhupendra Rayamajhi the LEGEND MUSICIAN of Nepali Music Industry for receiving much love, support and blessings in her initial days of struggle.

Manisha frequently performs in Charity Concerts to create awareness about social issues and to raise money to help the underprivileged. So far she has helped to raise money for children in need and Nepal earthquake victims.

Manisha Pokharel was the WINNER of ADHUNIK GEET COMPETITION in RADIO NEPAL on year 2068/2012 all over Nepal. Manisha has won many Music Awards from many nominations. The awards include “Female Playback Singer of the Year”. 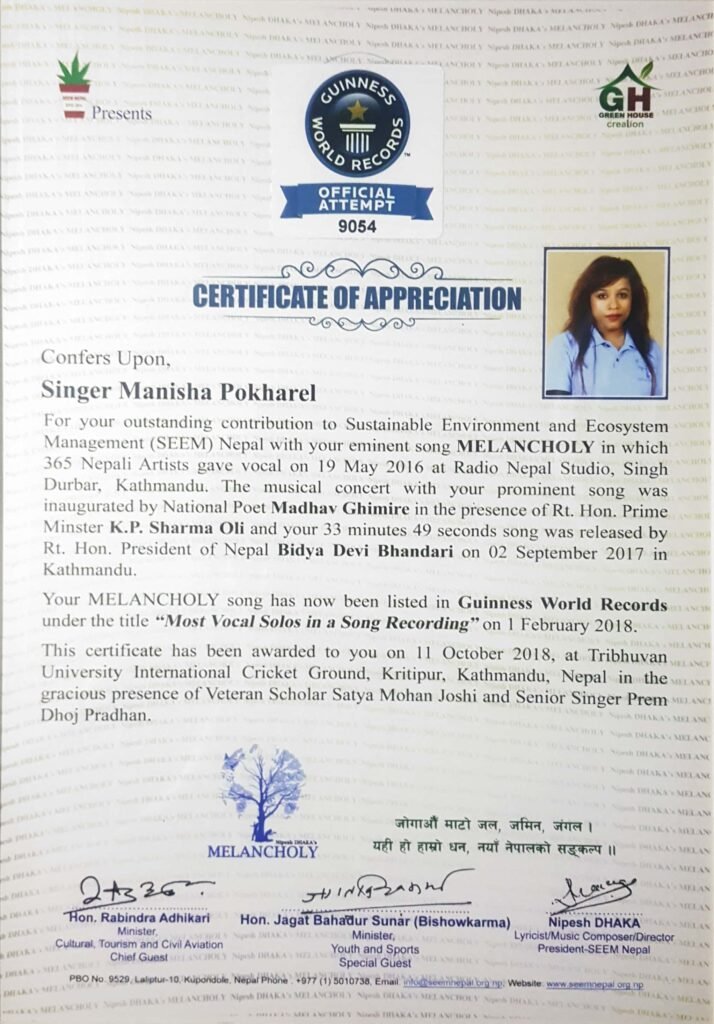 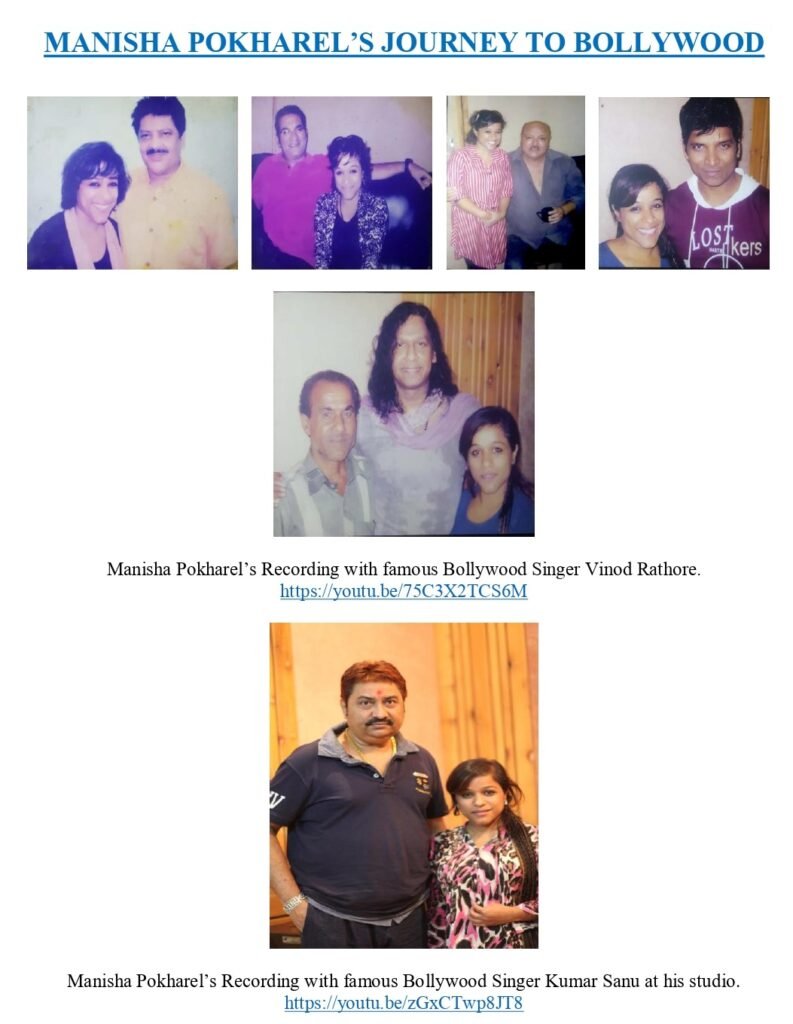 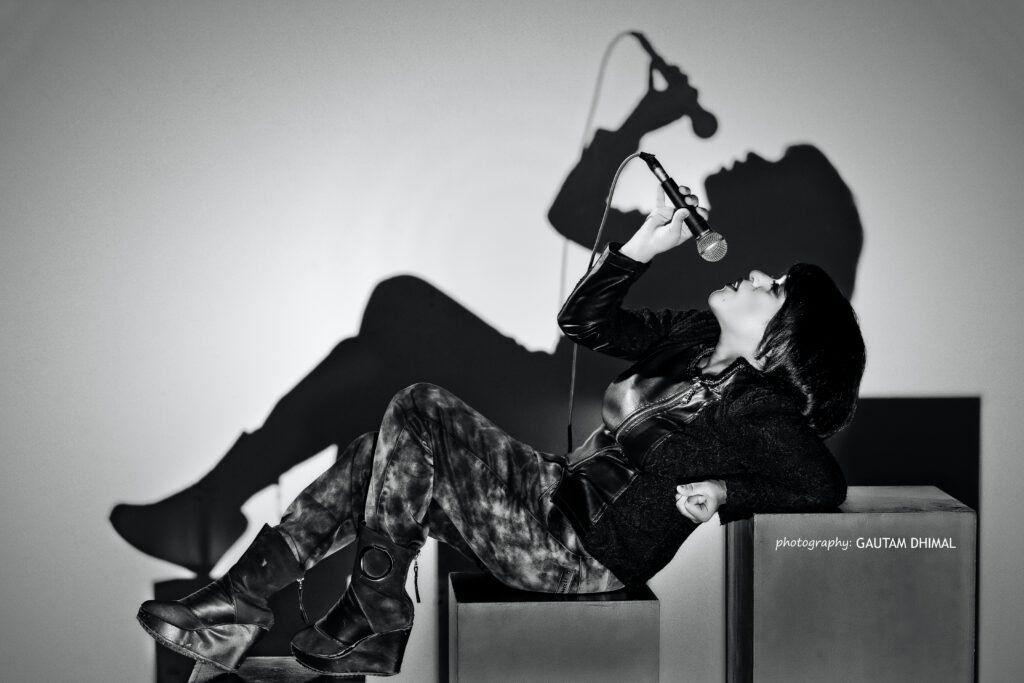 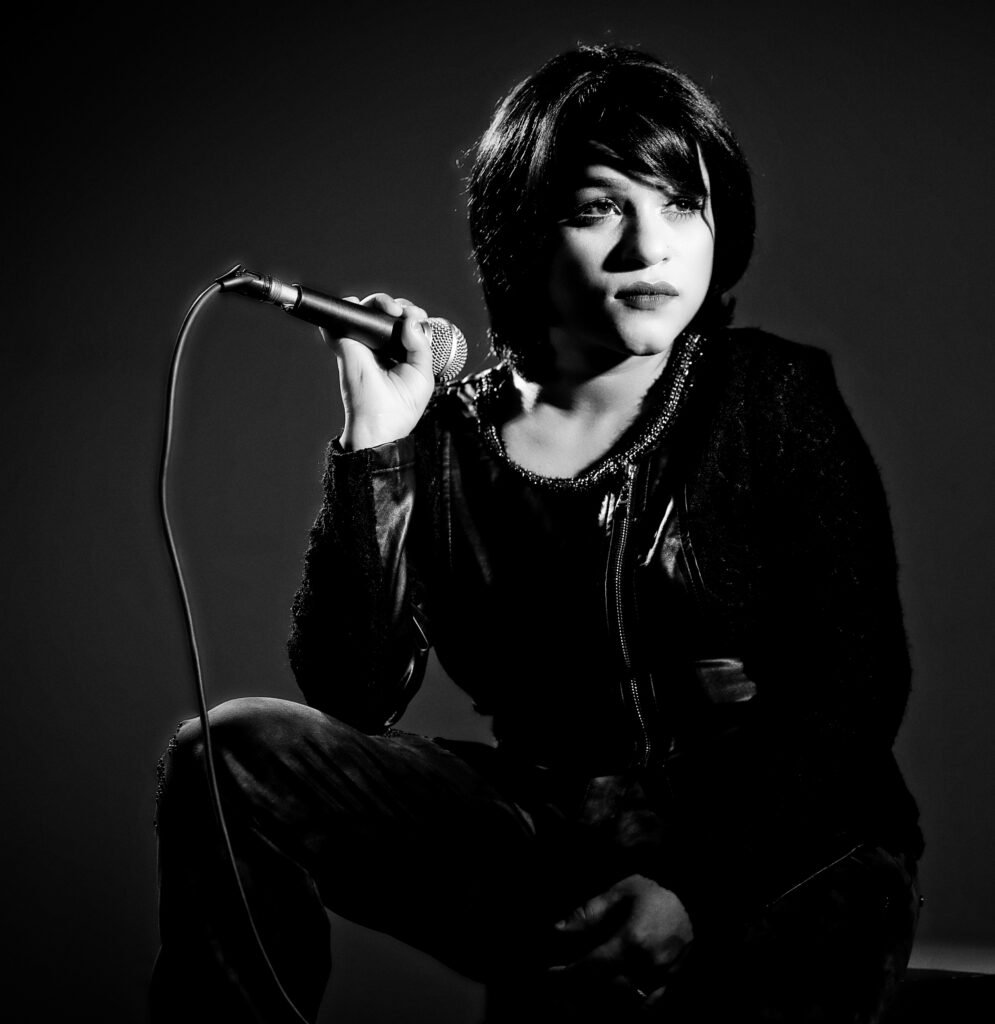 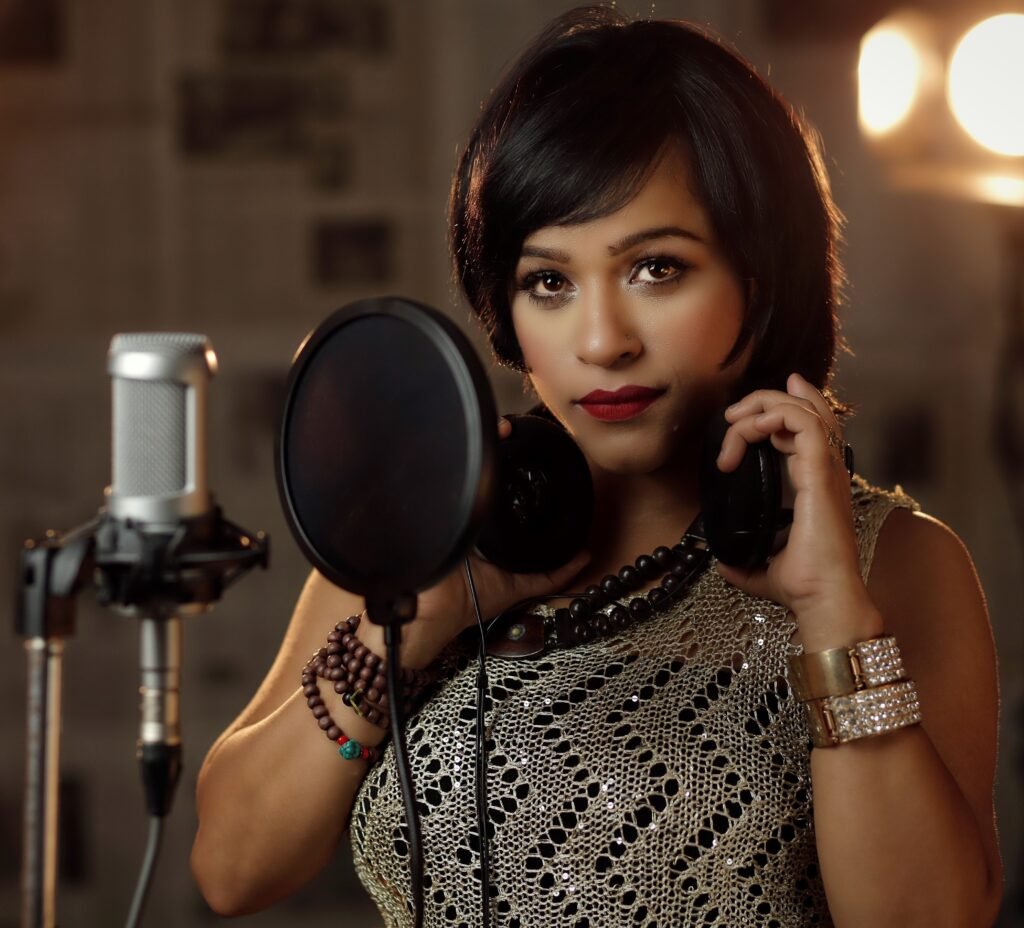 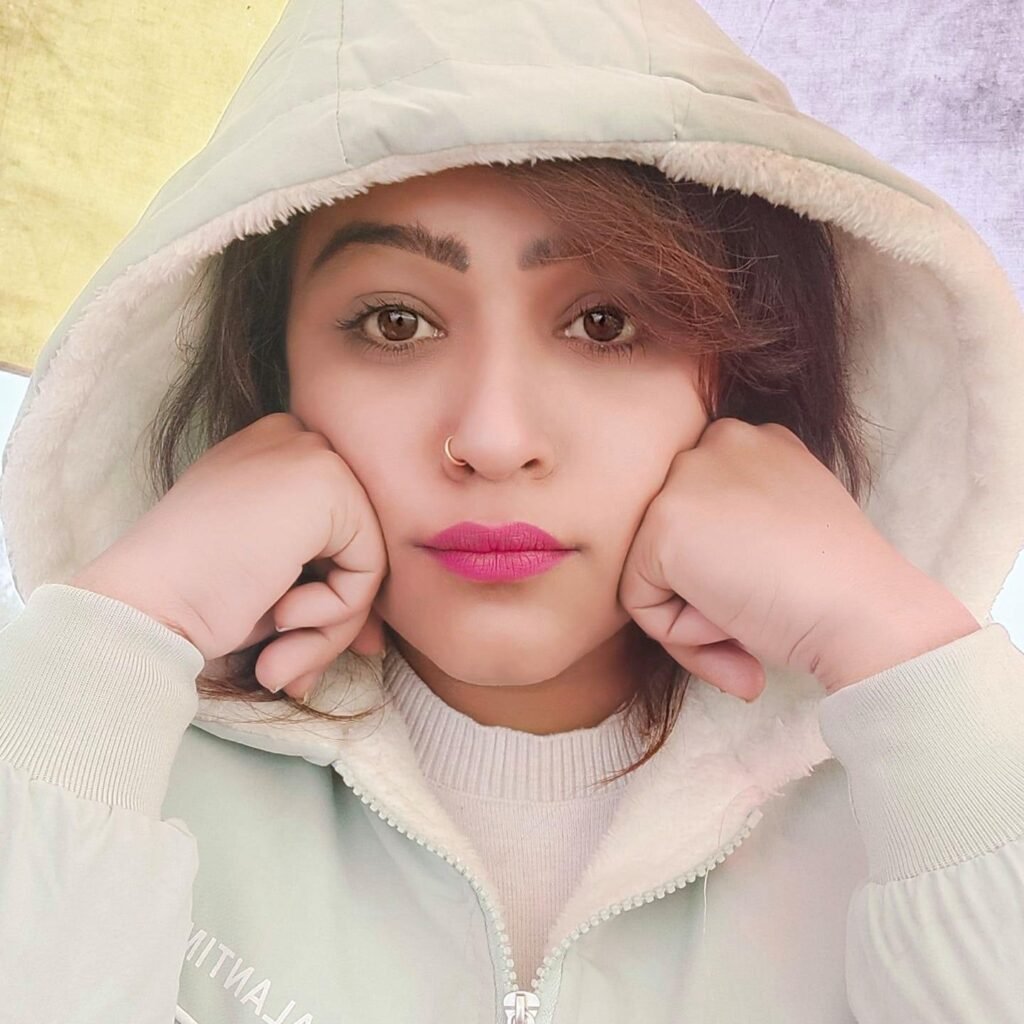 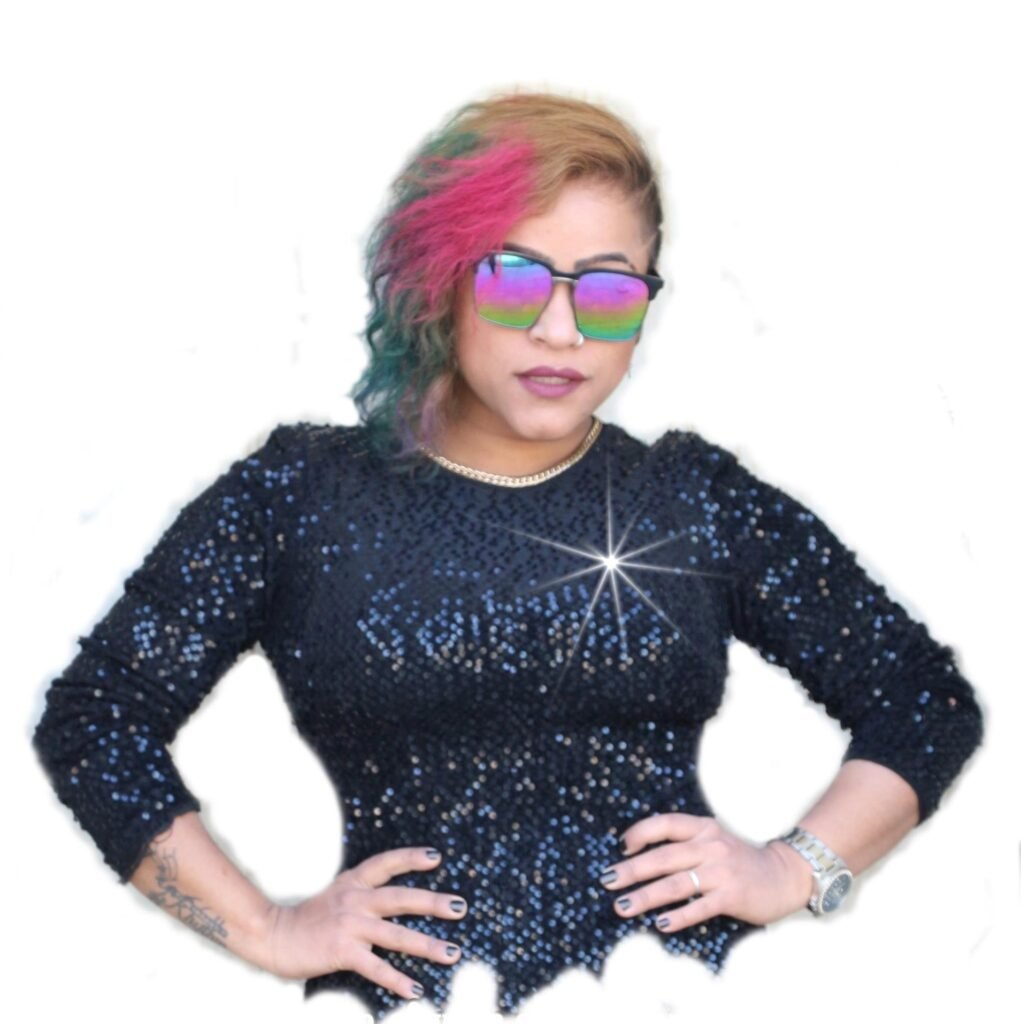