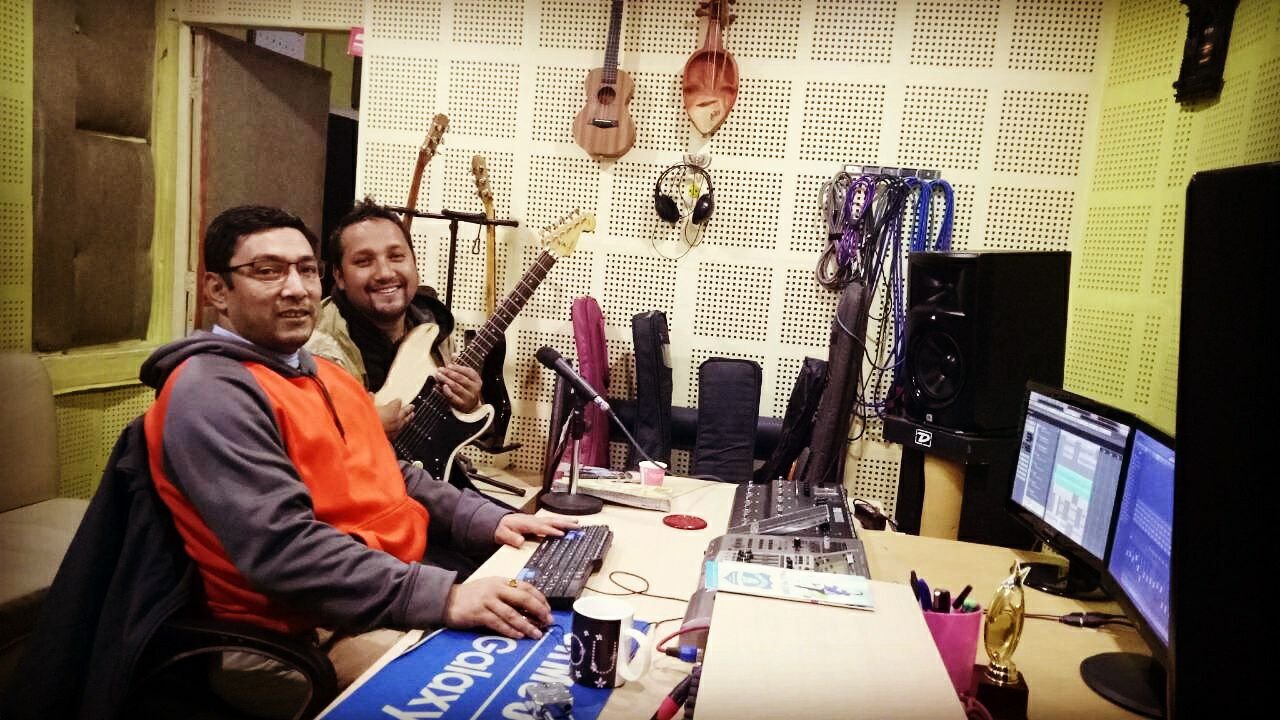 The remarkable Nepalese guitarist, arranger Dinesh Shrestha, was born on 25th January 1978 A.D. in Putalisadak, Kathmandu, Nepal to father Kashi Bahadur Shrestha and mother Ram Kumari Shrestha. Dinesh Shrestha was an accomplished guitarist, and was best known there for his rock/blues playing and one of the founder members of “The Buds Band”. Dinesh Shrestha was taught initially by his guru Phiroj Shyangden (guitarist and founder member of 1974 A D Band) on ‘Do Re Mi Music Institute’ in Kathmandu, but it soon became apparent that the boy was a gifted guitarist.

Dinesh Shrestha was appeared and performed at “Shikhar Beat Contest” for the first time at Katmandu about 1994 A.D. and making enough of an impression that the famous guitarist. His band also participated in other competition like “Tuborg Music Festival’99”whne they got the first position as “The Band Of the Year” and after they participated on other programs like “Mahashivaratri Music Festival’99”,”Kathmandu Utsav’99”, “Beat Competition’98” and more than fifty programs and concerts. He made his official debut from famous Nepalese band “The Buds” from 1994 A.D. as a lead guitarist including other band members Sudip Singh (Rhythm), Bijaya Karki (Bass/Vocal), Dipesh Shrestha (Drummer/Vocal), Sushil Shrestha (Rhythm), and received reviews that noted a strong, clean tone and a polished though undemonstrative technique. The first album titled “Birsana Sakdina” including nine songs titled “Birsana Sakdina”, ‘Bihani Ko Mirmirema” etc and Second album “Buds 2” which was popular amongst Nepalese people. He had performed by the early 1990’s within the various parts of country and has since performed with outstanding success playing both solo and with Band and regularly on radio and television. Now with business and academic reasons he is separated with his band members and no new project will be plan for till now.

Later, He had worked and learned on arrangement songs and beats started from 2002 A.D. He was officially started as an arranger at the Opus 9 Recording Studio, Kathmandu from 2007 A.D. He is busy in arranging on Opus 9 studio as an official arranger and now doing arranged lots of songs of various singers, lyricist, musician and Bands which are famous on various medias. He wanted listen all type of songs on leisure time but personally wanted to play and influenced from rock, blues and jazz music. Some of his favorite bands are Oozy Osborn, GNR and more who played rock, blues and jazz genres. Besides arranging he can involve himself as one of the promising Social Worker.
Contact Me