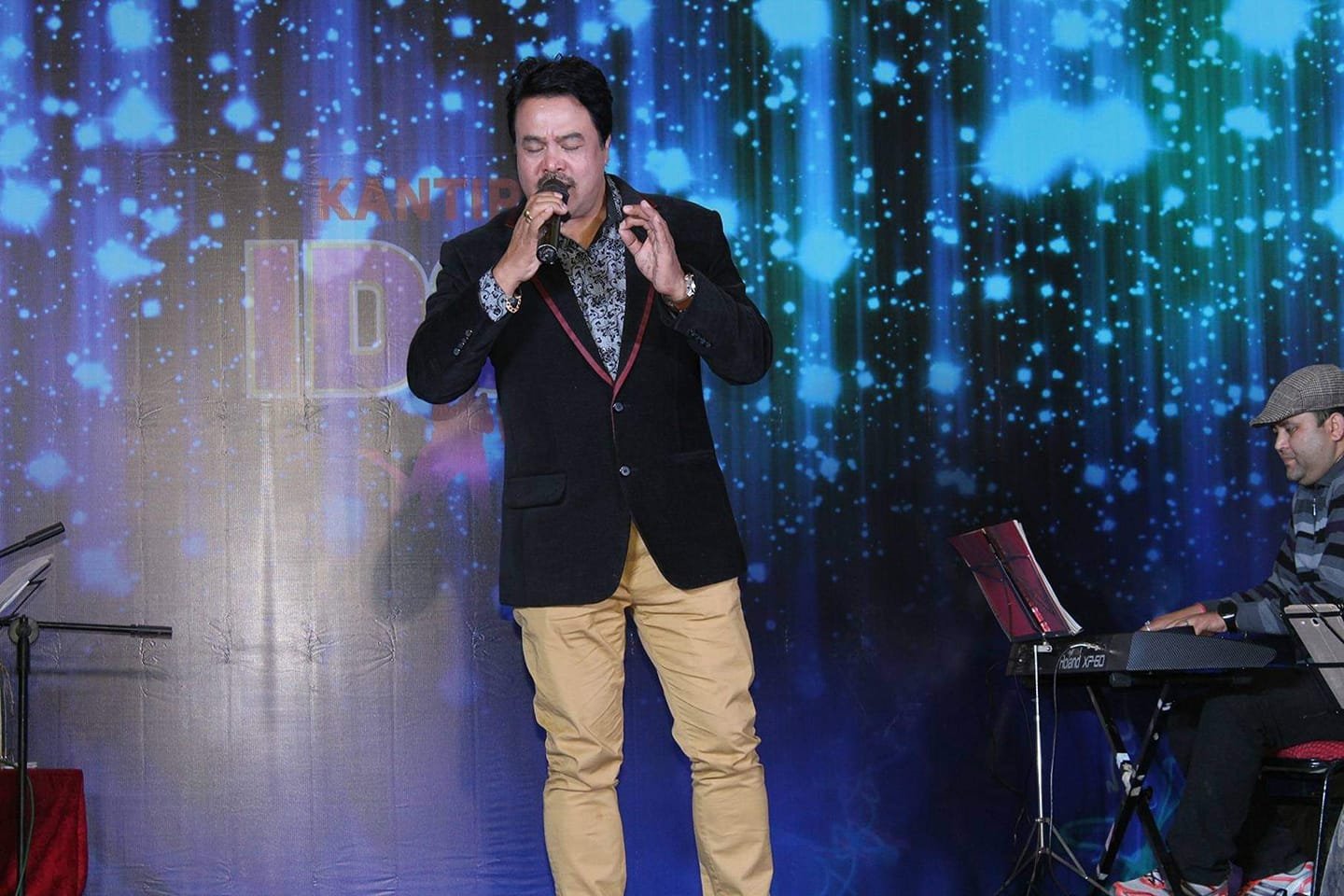 Ananda Karki who started a trend with Ghazals in Nepal.

Three words come in mind while listening to the extraordinary voice of Ananda Karki probably the most famous of his kind in Nepal. The words are range where he can do a variety of genres going from the classical to pop with everything in between. The second word is fusion where he brings all kinds of music into what he composes and when he sing you have snatches of western music, Hindi music and whole lot of his own Nepali music. The third word is recognition where you ask anyone who Ananda Karki is they will say “the most famous singer in Nepal.”

Born in Solukhumbu in 20th Jan and trained in the Gharanas or traditional song houses of Lucknow in India like Bhat Khande Maha Vidhalaya. He also received his education in the same country where his father was in the Army. His range extends from sentimental songs to romantic songs, to classical songs of the Mughal courts, sometimes combining’s all three. His irresistible heartwarming voice has lent itself to over a thousand songs including bhanjans or religious songs, songs of love but he is known for ghazals or the beautiful Indian almost Mughal tradition of rhyming songs of love and loss or the memories of love.

It is appropriate that Ananda Karki who started a trend with Ghazals in Nepal and is the best love ghazal singer should sing of love that seems to come straight from the heart. like singer in the west before him he began singing in small venues then turned to 5 star hotels playing to packed audiences, inspired by the legendry Indian singer Kishore Kumar he has paid musical tribute to his inspiration and has been awarded medals for his act of acknowledging the source of his singing. He has sung Kishore Kumar’s songs in popular programmes worldwide as well as his very typical Ananda Karki ghazals. Kishore Kumar’s was known for his love songs, popular songs and sheer finger clicking dance songs. Ananda mastered them all with amazing ability. He has sung in over 600 Hindi and Nepali films as a playback singer and acted in Hindi and Nepali serials and was a playback singer in them. He has sing everywhere from the famed Albert Hall in London which every singer’s dream to play in: Denmark, Bangkok, Singapore, Hong Kong, Malaysia, China, Pakistan, Moscow and all over India.
In fact his singing conquests worldwide make him a traveler as well as singer. In this Ananda Karki like his peers follows the old troubadour tradition that had singers going from place to place singing and that has become common today. Ananda Karki is the first Nepali to do so. His voice, his songs, his music has won him national and international honors from the late King Queen of Nepal to the prestigious Birendra Aishwarya Padak, Gorkha Dakshin, Zee TV Closeup Sa Re Ga Pa 1998 for best singer, Chhinnalata award for vocal, Kollywood award for best singer in the film Bharia’1997 and Parai ghar’ 1999, KTV award for the best playback singer Ma Timi Bina and several other honors and decorations. 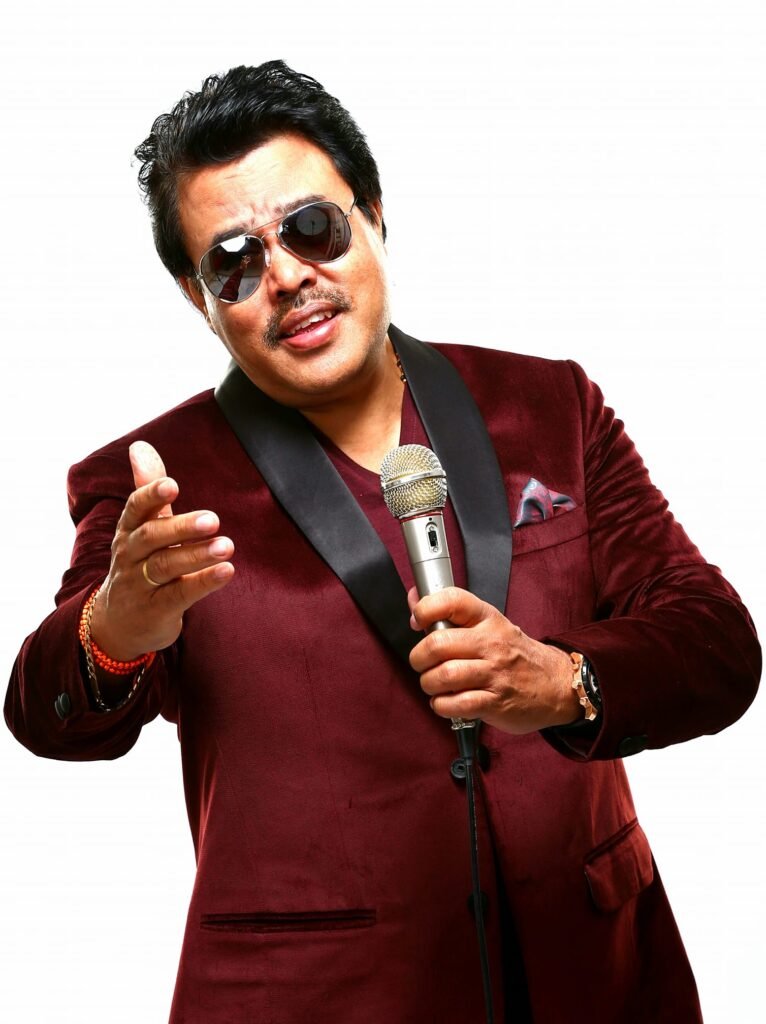 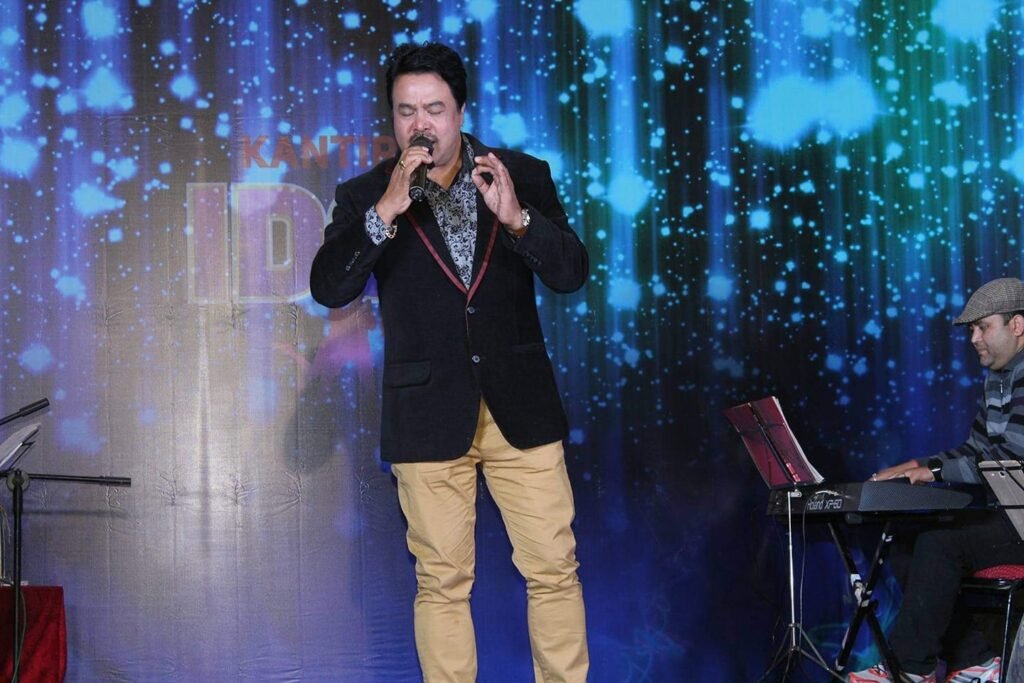 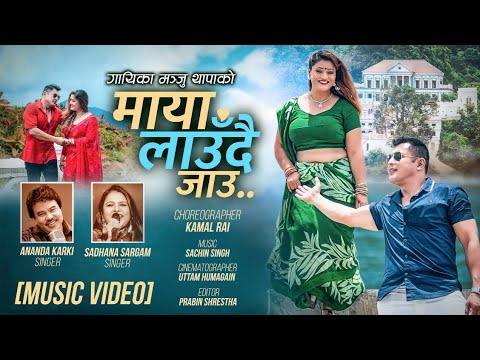 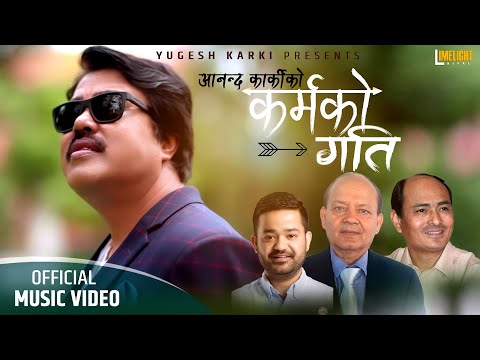